TOURING AERO 3: INSPIRED BY THE HISTORY, DESIGNED BY THE WIND 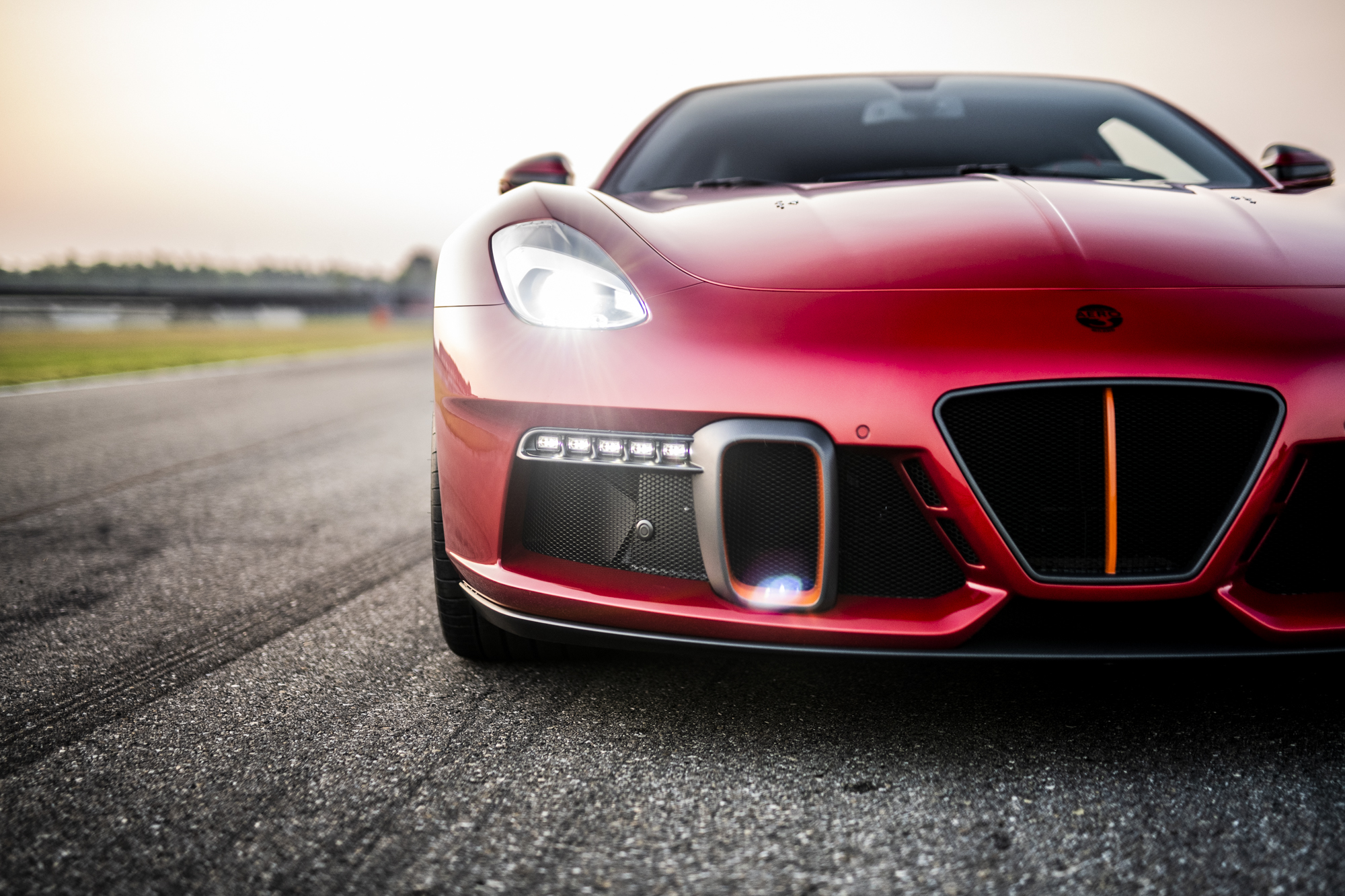 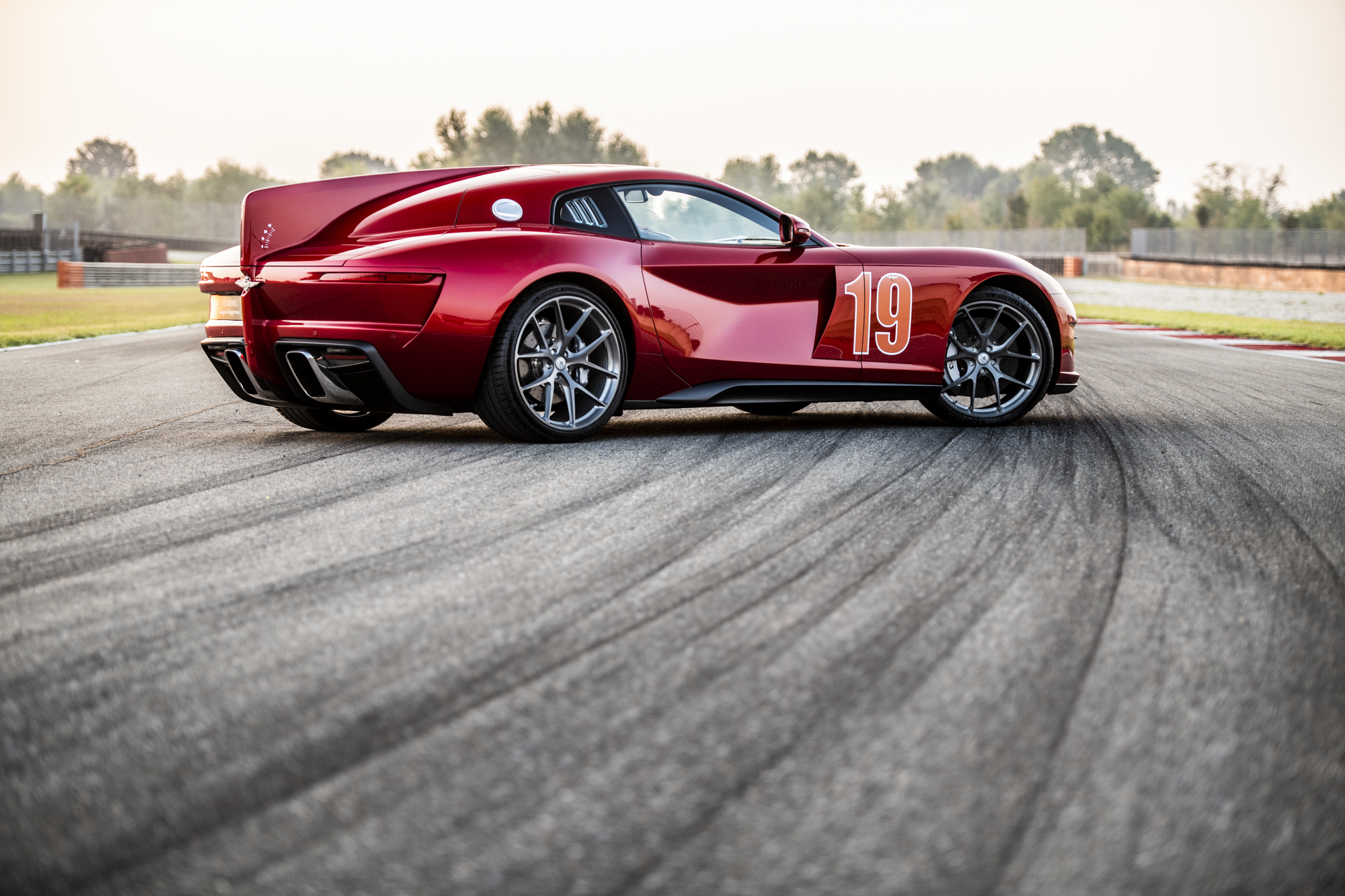 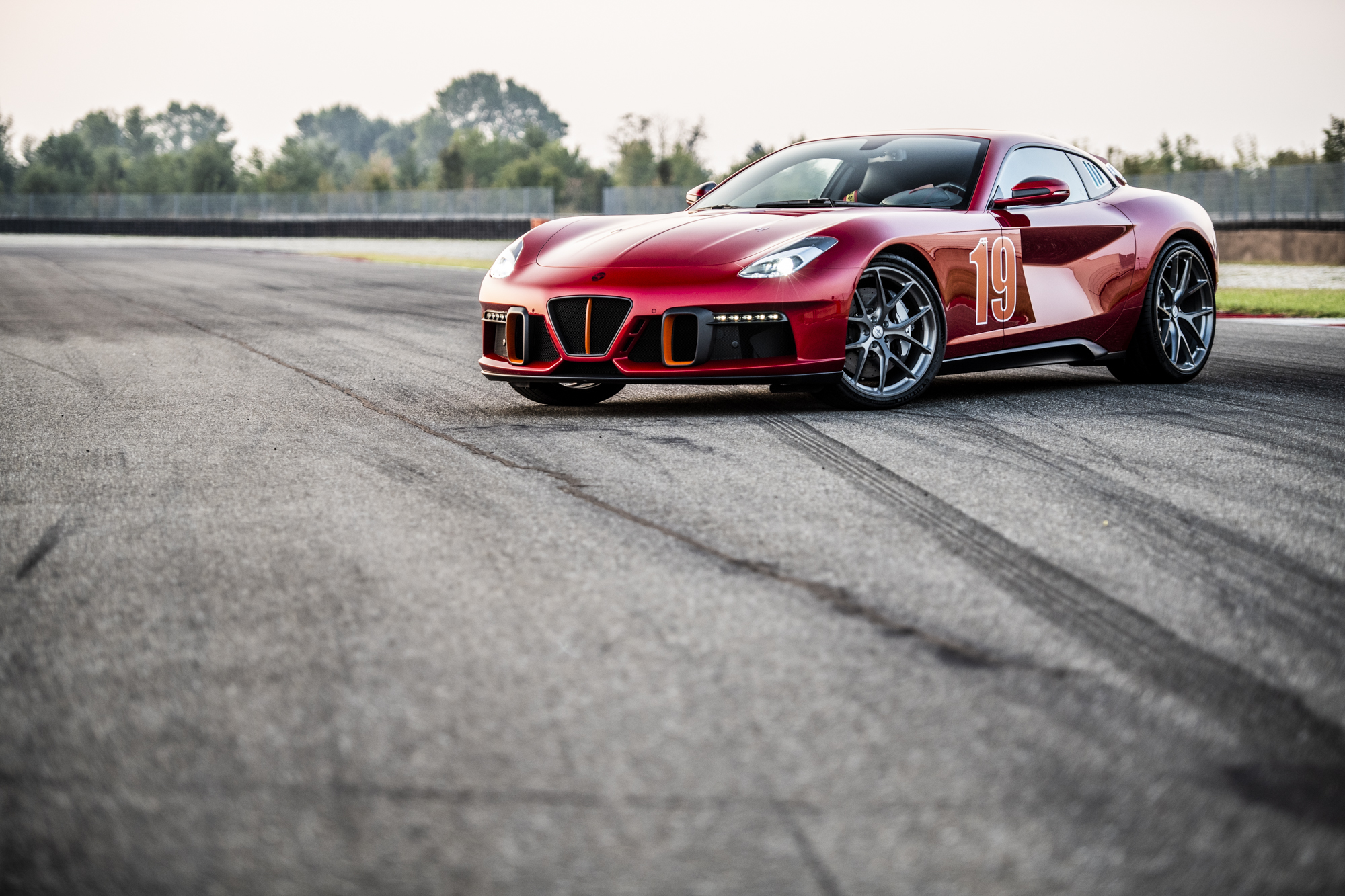 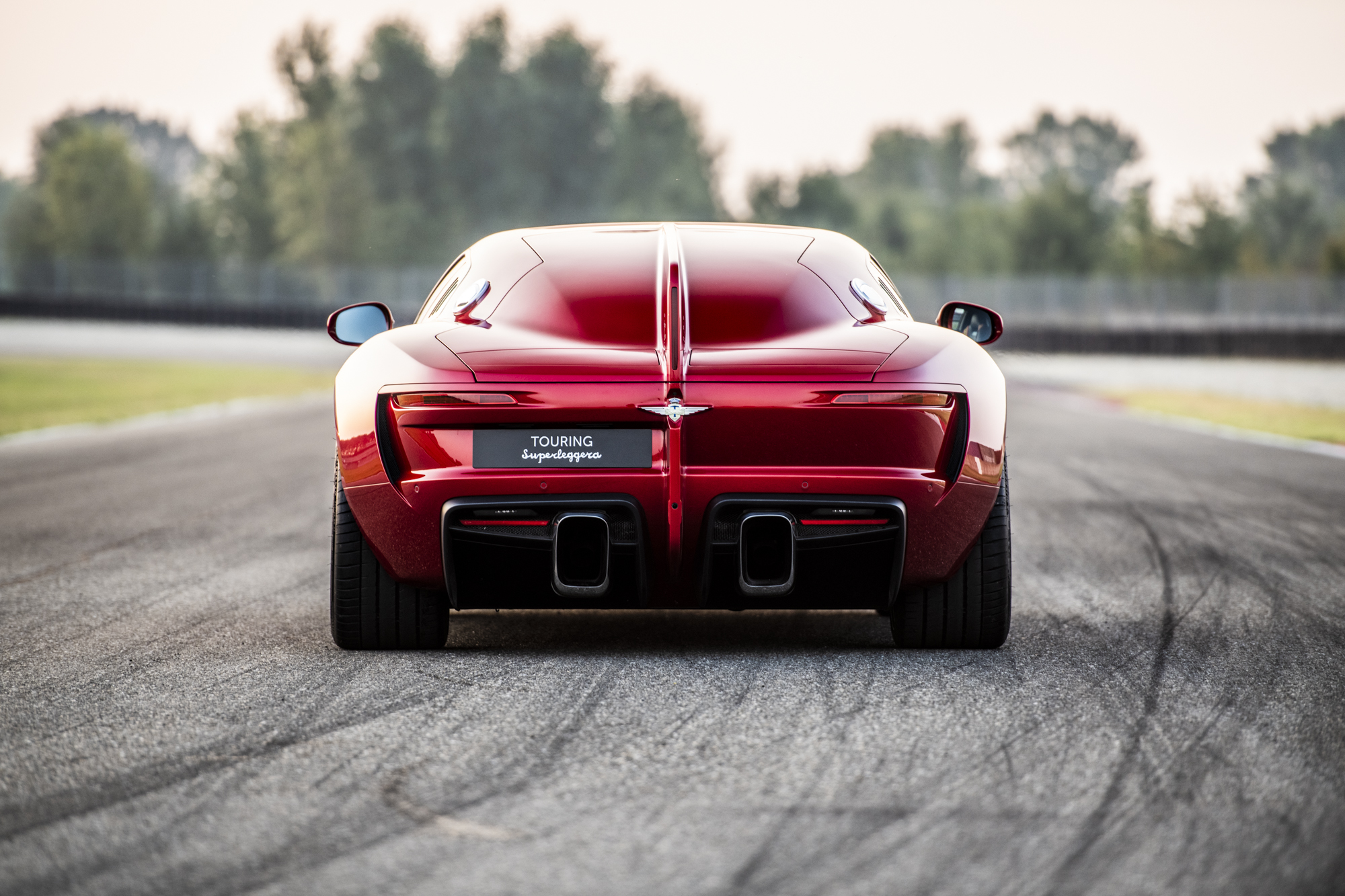 The latest in a design concept that hails back to their historic role in developing the science of automotive aerodynamics, the AERO 3 perfectly reflects the prime directive of Carlo Felice Bianchi Anderloni, son of the co-founder and company saviour for decades: weight is the enemy, air resistance the obstacle.

Following Anderloni’s principles in fact made Touring synonymous with lightweight construction techniques, and wind-cheating bodies with tapering profiles. Employing research from their own wind tunnel, the first used by any major coachbuilder, cars clothed in Touring’s streamlined fashion excelled in competition for various European manufacturers and earned them a solid reputation for combining aerodynamic efficiency, speed and style.

The modern generation of this streamline style is exemplified by their Disco Volante series, first shown in Coupé form in 2012 and soon recognized as a landmark in the art of producing elegant and electrifying cars in a very small series.

And if the Coupé is the cornerstone of the current interpretation of the streamline style, the Disco Volante Spyder epitomizes the Touring DNA, passed on then to what is rightly third in the series, the AERO 3: an essence of classic originality that goes beyond the concept of time.

It’s a quality appreciated by the commissioning owner of the Show example, patterned after the 1938 Alfa Romeo 8C 2900 B LM Coupé Berlinetta Aerodinamica raced at Le Mans, wearing Race Number 19. Like those phenomenal 8C 2900 B cars, production will be limited; in the case of the AERO 3, only fifteen units will be built in total.

“The Touring AERO 3 is our demonstration of resilience as an organization, our perseverance and desire to succeed”, says Salvatore Stranci, new General Manager of Touring Superleggera, “a reward after the difficulties of the first months of this year that put a strain on the entire automotive sector. I am grateful for the generosity, dedication and self-sacrifice of my collaborators, the entire Touring staff, from each and every department. We proudly present a world premiere with three units already sold of the ten that will be produced.“

Touring has long proven that cars on the cutting edge of performance and technology can still display grace and refinement, from their seminal Alfa Disco Volante C52 to their recent Maserati-based Sciàdipersia, and the AERO 3 carries on that tradition admirably. Inspired by the mid-20th Century golden age of Italian coachbuilding, it typifies the canons of Touring aerodynamic style, with flowing lines that highlight the cleanliness of the surfaces and smooth integration of the volumes into a unified whole.

In accordance with time-honoured Touring practice, the AERO 3 avoids jarring, heavily angular architecture in favour of more sweeping, harmonious, but well-defined curves. While the sculpted flanks give the shape dynamism and suggest power, and the large, muscular bonnet fires the imagination with promises of invigorating performance, the emphasis is on Touring’s signature balance of proportions and lightness of touch.

Similarly, the rear fin, often called a shark fin on the outright racing cars where they are now commonly found, reflects pioneering “wind profile” studies into aerodynamic theories of that golden age by Touring in the industry’s first wind tunnel.

This detail, while a characterizing feature of the current design and a strong statement on the company lineage, is nonetheless artfully blended into the visual satisfaction of the overall machine.

“The idea of a fin was born as a prominent but very natural extension of the teardrop shape of the passenger compartment”, according to Louis de Fabribeckers, Head of Design for Touring, “and the purest way to illustrate the essence of Streamline Style. In the case of the AERO 3, it has no aerodynamic function in itself, but it evokes Touring’s aerodynamics legacy, from the 1930s onward.”

In effect, the Touring Superleggera personality is not so much trapped in a formal design language that cannot be violated, but dedicated to reaching a pleasing rapport of visual weights and purity of line, regardless of where #design inspiration leads.

The result is a creation that goes beyond the notion of any compromise between dynamism and elegance of shapes and celebrates the concept of aerodynamics in every detail.

As for the specific finishing of the Show example, the exterior color follows the lead of Disco Volante Coupé Number One, with the dazzling and popular Stratosphere Red. This is repeated inside the cockpit as highlights against the black soft-furnishings, along with tasteful flashes of polished aluminium, black matte aluminium and matte carbon fiber detail fittings. Foglizzo leather and the distinctive fine Italian hand-workmanship accentuate the feeling of comfort and luxury an automobile of this calibre deserves.

Before any physical construction begins, Touring conducts an engineering study of every detail with particular attention to safety, structural evaluations, and naturally, aerodynamics. All the chassis-bodywork coupling parts are drawn via CAD, to ensure build quality and absence of vibrations; critical load-bearing elements are also subjected to FEM modal analysis. Studies using CFD (Computational Fluid Dynamics) optimize airflow across the AERO 3’s contours and ensure excellent vertical pressure in the tail area.

As with mass production practice, a bill of materials and a routing document is created. Tolerances, clearances and other quality indicators are standardized and recorded. The production process is fully documented and reproducible, to guarantee a constant quality level. Assembly is carried out using a reference cage to perfectly position the components in three dimensions.

This rigorous process ensures the correspondence to the design of each point of the body with tolerances of less than 2mm. Touring Superleggera craftsmen and engineers dedicate over 5000 hours of highly qualified work to each unit produced.

Forever cognisant that weight is the enemy, Touring Superleggera has chosen carbon fiber for the AERO 3 body. The thicknesses and orientation of the fibres are designed for the best weight/stiffness ratio. In the preparatory phase, the optimal use of materials in terms of weight, strength, surface appearance and quality was studied, including ease of repair in the event of an accident. For maximum precision and quality, each CFRP element is produced by vacuum infusion at 120 °.

Quality control processes include static and dynamic tests before the car is approved for road use. A static test protocol requires compliance with high standards of panel alignment and play, quality of paint and polish, as well as stitching and interior finishing. Functional tests are conducted in a climatic chamber.

The dynamic tests on the test track concern air and water tightness, and the control of noise, vibration and harshness, in addition to driveability, braking and all functional aspects. Tests include top speed, wet handling and behaviour on various rough surfaces.

The Touring AERO 3 is EU certified according to the European directive relating to small series production: EU-Directive 2007/46 EC.

Pricing for the AERO 3 is provided on request, and as each car can be trimmed and fitted to the buyer’s individual preferences, may vary accordingly. Touring Superleggera is able to deliver the complete car within six months after receipt of the donor car.

THE NEXT EVOLUTION OF THE PRANCING HORSE